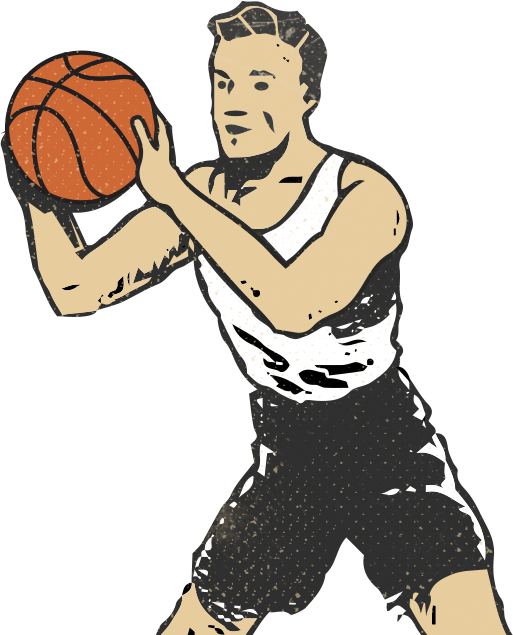 is an online basketball simulation game that puts you in the dual role of GM and coach.

Build a team of stars from throughout NBA history. Want to load up on scoring? How about a trio of Jordan, Chamberlain & Kobe? Like to pound the boards? How about Rodman, Russell and Elgin Baylor up front? You can do it all!

Set depth charts, target minutes, defensive sets, double-teams, offensive tempo, deal with player fatigue and more. An 82-game season presents many decisions, and you get to make them all!

Test your hoops IQ in our fantasy basketball simulation!

Select 12 players from any season going back to 1951 while staying under your salary cap. Players perform based on their actual stats and can endure fatigue during the season.

Set your depth chart for each position, set target minutes for each game, pick an offensive tempo and a defensive set, doubleteam opposing players, manage through injuries, and more! Use the waiver wire to improve your club. Activate rookies for an added boost.

Each league is 24 teams with 4 divisions. 4 rounds of playoffs follow the regular season.

Open Leagues use the default rules whereas Theme Leagues use unique rules created by our users. View the current list of theme leagues.

The 82-game regular season is broken down into 2 games each day: overnight & afternoon. 4 rounds of Playoffs follow the season. Each game has a boxscore with detailed play-by-play and stats galore.

Win the league championship and earn Reward Points that can be used in our Reward Center. Reach the playoffs and earn credits toward future seasons of SLBK.